ARGUMENTS BEFORE THE COMMITTEE ON PATENTS OF THE HOUSE OF REPRESENTATIVES ON H. R. 11943

By: Committee on Patents 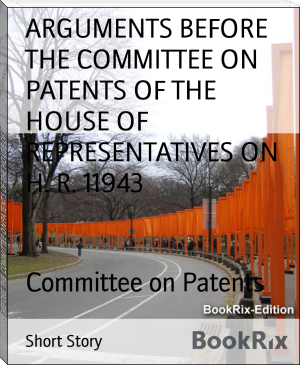 In 1869, the name of the committee was shortened to simply the Committee on Patents, which it remained until the committee was eliminated by the provisions of the Legislative Reorganization Act of 1946. Beginning January 2, 1947, jurisdiction over patents, the Patent Office, and patent law reverted to the United States Senate Judiciary Subcommittee on Patents, Copyrights, and Trademarks.