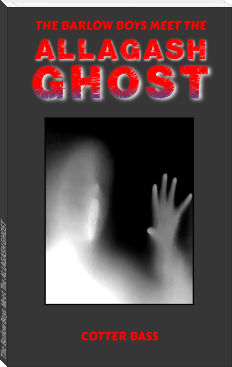 Join twin brothers Bart and Ben Barlow as they venture into the great Maine Northwoods on a quest to expose the scoundrel responsible for the haunting of Camp Allagash. In The Barlow Boys Meet The ALLAGASH GOST, you’ll meet Walter Cameron - owner of the camp; Jacques Bolduc - the caretaker; Janet Morgan – the spirited young visitor; Tanner Horne (a.k.a. Bob the Artist) – the counterfeiter; Crazy Luc – the cave-dwelling recluse; John Davis – the Somerset County Sheriff, and the other dynamic players in this fast-paced thriller. Accompany Bart and Ben on their harrowing trek up Mt. Katahdin to the hideout of known counterfeiter Bob the Artist and his gang. Then team up with Barlow brothers in their escape from the underground cave complex. Follow Bart as he searches the dense Maine woods for his kidnapped brother and be on hand when the boys rescue the missing Janet. Be there when the Barlow brothers, with the assistance of Môlsum and his dog, Sicum, track down and interrogate Crazy Luc, the hermit. And don’t miss the surprise ending when the true Allagash Ghost is finally revealed!

I like your chapter 1 but I fee you ought to consider a prologue to st the scene. Straight into the phone conversation. Happy writing

Firstly congratulations on writing a 'ghost' story. I do think your intro or blurb is far too long. Go for a tight intro, use fewer word as in a logline. That mean there is plenty of white space around your word. How this helps.