His Words By: Daniel Coenn 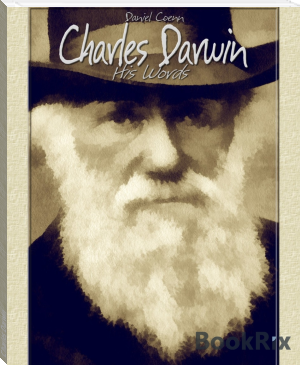 This book is a collection of 105 fundamental quotes and aphorisms of Charles Darwin:

“I am not apt to follow blindly the lead of other men”
“Intelligence is based on how efficient a species became at doing the things they need to survive.”
“A scientific man ought to have no wishes, no affections, - a mere heart of stone.”
“An American monkey, after getting drunk on brandy, would never touch it again, and thus is much wiser than most men.”
“Besides love and sympathy, animals exhibit other qualities connected with the social instincts which in us would be called moral.”
“Man selects only for his own good: Nature only for that of the being which she tends.”
“Multiply, vary, let the strongest live and the weakest die.”
“We stopped looking for monsters under our bed when we realized that they were inside us.”