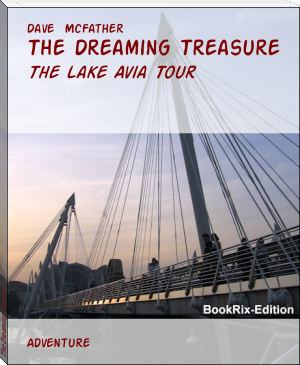 A young couple travels by car around a lake in Marshland, within the Portobello coast.
The tour they perform brings them several memoirs about an ancient treasure, supposedly brought there by the Normans when founding a colony in Murtoyland, a small town on the edge of lake Avia.
The treasure hunt begins guided by some old maps the protagonists carry with them.
Although, will they ever reach such a treasure?

During my life as a student, I lived in a shared house – a cottage with doors and windows all the time very well maintained and painted, in a street by the High School. The Landlady outstanding for her waxed floor, and, alas!, if her guests or even her children, put at shoe or a toe, out of carpets inside ways!
To reach our rooms, we had to endeavour through a narrow corridor with access to a staircase, covered by a red plastic carpet.
Our rooms were a sort of tiny little closets which walls leaned to some divans, tables and chairs. At the top of the stairs, in between rooms, the common wardrobe.
By noon, we stood at the school's gate, shaking our heads, nodding, looking at the sad marks obtained in the tests assessed and delivered by our teachers – or cogitating about having been invited during lesson to approach the blackboard. Beautiful object was, no doubt, that black-heavy-slate attached to the wall, looking moreover like a sad night rather than an object made of stone. It was a sort of consolation prize after the small framed slate that we carried along with manuals in Primary School: instead of transporting it, we were, thereby it, carried on during lessons.

After school, by noon, I went home for lunch where I could immediately feel the habitual chickpea-soup-ill-fated smell.
Sitting at the table, eating the bloody chickpea-soup and listening to the news, as Radio Renaissance was all the time tuned up throughout the building. Portobello's news service was usually concerned, about events that just happened to occur abroad. This was followed by a comedy of the preference of our hostess, a woman of dried breasts and feelings who boasted her guests to be anaphylaxis, well treated, very clean and tidy. We were a sort of pets, entrusted by our stupid mums to others of the same resemblance, who, in turn, entrusted us to our teachers.
Our readings and hobbies contained affinities to some techniques used in treasure discovery and excavations, so, as to operate on firm land and underwater, such as the use of diving technique using bottled oxygen and mask.
In my Grammar School year 8, by remarkable coincidence, the nine subjects that comprised the curriculum for that year, were ministered by nine different young female teachers. In the awakening of sexuality, spending the whole day listening to beautiful, well dressed masters, chattering about numeracy and literacy was, indeed, very exciting. Staring all day turning our eyes to the knees of some less prudish young governesses, or to be lucky enough to glimpse