On the Origin of Clockwork, Perpetual Motion Devices 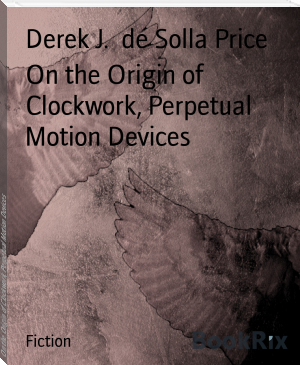 Derek John de Solla Price (22 January 1922 – 3 September 1983) was a physicist, historian of science, and information scientist, credited as the father of scientometrics.[1][2] Price was born in Leyton, England, to Philip Price, a tailor, and Fanny de Solla, a singer. He began work in 1938 as an assistant in a physics laboratory at the South West Essex Technical College, before studying Physics and Mathematics at the University of London, where he received a Bachelor of Science in 1942. He obtained a Doctor of Philosophy in experimental physics from the University of London in 1946.