Volume II of the Earthbound Series By: DM Arnold 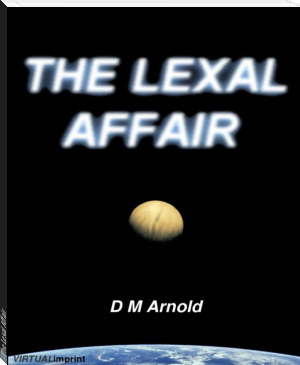 The EARTHBOUND Series is a set of five original, character driven novels in a science fiction setting, featuring an ordinary hero with everyday problems: He has a boss, a job that's a grind, a wife who doesn't understand him (but wants him home for dinner) and a high-maintenance girlfriend on the side. He just happens to hail from another world...

Planet Floran was founded 200 years in Earth's future, but simultaneously 5,000 years in her past. 200 years from now the starship Floran embarks on a mission to explore the nearby Beta Centuri star system, a mere 4 light-years distant. As the result of a warp-drive accident, the Floran falls into a black hole and emerges 200 light-years from Earth and 5,000 years in the past. Locating a planet capable of sustaining human life, the ship's crew founds a colony and names the planet after their starship.

In 5,000 years that colony has grown into a civilization of billions, inhabiting a dozen planets. Nonetheless, they require fresh DNA from Earth to keep the plants that supply their food and fiber healthy. To that end, they send an elite team of specially-trained exo-agents who covertly walk the surface of Earth, collecting samples and sending them to the home planet. Nykkyo Kyhana, under the Earth identity of Nick Kane is one such agent.

Nykkyo adjusts to life on his adopted world and living with Sukiko. Meanwhile, authorities on his homeworld begin to question the actions of his friend Andra. They believe she is aiding Lexal, a rogue colony, prepare an invasion force. Nyk is asked to travel to Lexal, betray his friendship and bring Andra to justice.

Arriving on Lexal Nyk discovers things are not as they seem, and he finds himself in the midst of a civil war. As a native of peace-loving planet Floran, he is unprepared for what is in store as he and Andra must run for their lives.

More of an action-adventure story, this second installment in the Earthbound Series retains the humanistic, character-driven tone of all four novels.