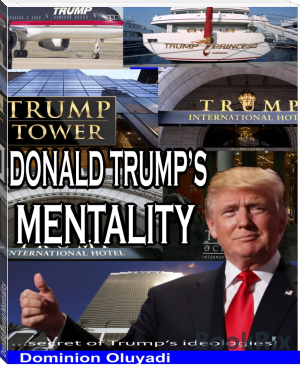 More often than not, many people have said quite a lot about Donald Trump.

Many have misinterpreted his personality based on his perceived view about issues. Many are not aware of his intents and contents. Donald Trump has become a very controversial personality and as president [of the United States of America]!

Life is about identity and mentality. Identity is individualistic in Nature. Over 7 billion people on planet earth with every individual with a unique finger print differ to others in comparison.