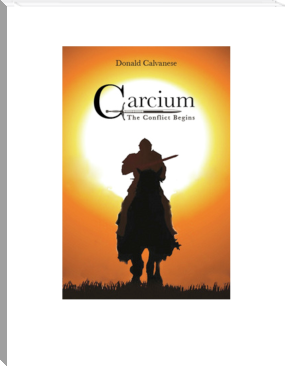 Readers are first introduced to a great king, the ruler of the kingdom of Carcium in the land of Phygeria. Brave and just, the king has protected Carcium from the evils of the outside world and the evils that can even lurk within the kingdom’s walls. The mystical elves tasked with overseeing the kingdom of Phygeria and its rule have been pleased, and in return they have aided in containing the darkness beyond Carcium's boundaries. But when the brave king falls, the days of peace in Carcium fall with him.

The king's young and selfish son, prince Troy, assumes the throne, and the evil that has threatened Carcium for so long moves ever closer to the kingdom's walls. Prince Troy quickly fails in the eyes of the elves, and they place Carcium in limbo. Troy is given one last chance to redeem himself and save his kingdom from an evil sorcerer who draws his life force from fallen societies. Troy -- along with a beautiful, mysterious maiden and an outcast dragon -- begins a perilous quest to find the only weapon that can destroy the looming evil and restore Carcium to its former glory.

An enthralling, richly drawn fantasy, Carcium leads its readers and its heroes though treacherous encounters and supernatural forces, to find out if Prince Troy will have the courage and strength to become the leader his kingdom so desperately needs.