An Account Of The Tsars From The First To The Last By: Edgar Saltus 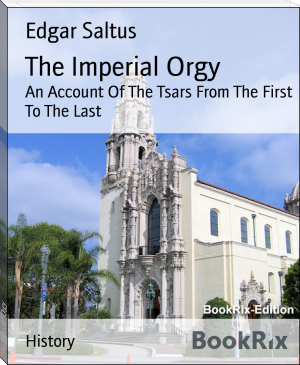 The true account of one man's time amongst the Romanov family, the last czar of the Russian Empire, Nicholas II.

Edgar Saltus tells of the intrigue and glamour of the Russian court at the height of its decadence. Written a few short years after the Russian Revolution, the book quickly became a window into a lost world wiped out and lost forever.