A GUEST AT THE LUDLOW

AND OTHER STORIES By: EDGAR WILSON NYE 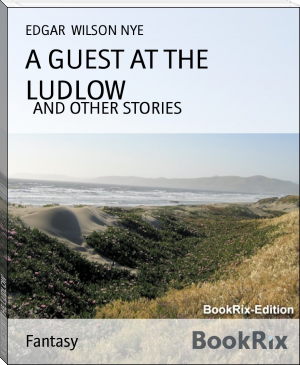 Nye was born in Shirley, Maine. He was educated at River Falls, Wisconsin, moved to Wyoming Territory, studied law, and was admitted to the bar in 1876. He began early to contribute humorous sketches to the newspapers, using the pen name of "Bill Nye" after a character in a famous poem by Bret Harte popularly known as "The Heathen Chinee".