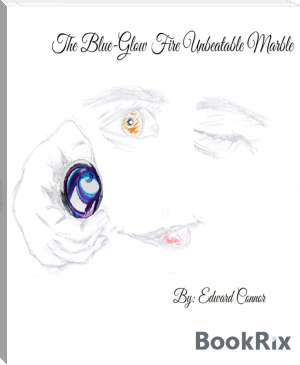 This is a fanciful story as the main character mainly recounts one particularly eventful year of his life as a young boy living in a fictional small town in rural Australia.

Sawtip was a unique hamlet that had strangely attracted a hodgepodge of characters from all over the world. People who never quite felt they belonged anywhere until they found Sawtip.

Among the folk who entered the boy’s life was his teacher, Mr Cramburn; a troubled soul who escaped what he could of life by anchoring himself to his cherished Rules of Life. The somewhat dotty but dear Miss Julia Castalia and Mr Cramburn’s mother whose sad life had turned her into a selfishly possessive parent and drove her son to his excesses, but whose eccentricities revealed a woman of imagination and love.

There were also the O’Nancyitches, an impish family of peplechauns; a cross between leprechauns and people. In particular the daughter of that family, Peggy O’Nancyitch, who kept to herself but was ever present when the young narrator needed rescuing.

The narrator’s family consisted of his nine siblings which included his elder twin brothers whom he had always perceived as the worst of his tormentors. There was his story telling father and his mother, who was always there with tenderness and wise, comforting words. And not to forget the was his walking-stick wielding and cantankerous grandmother who was also always there and always to be avoided.

The narrator’s life revolved around his friends, school, playing marbles, avoiding the bullies and his lifelong infatuation with Charlotte (Prissy-Face) Righteous-Worthington.

Having fun and getting into mischief were prime ingredients in the boy’s life. In pursuit of these he and his companions tormented the valley’s cows into going on a milk strike before getting their revenge.

The young narrator had constantly to be on his toes to cope with the bullies that plagued his life. However although bullies had the brawn he had a reservoir of cunning and imagination and of course Peggy.

Playing marbles was a great attraction to the boys of Sawtip and the narrator was a champion. Unfortunately Simon (the Bulldog from Brooklyn) Jones also fancied himself as a marbles aficionado and worse still he was also enamoured with the beautiful Charlotte. This led to several potentially unpleasant encounters, as she manipulated them both, that culminated in the greatest marbles game in the entire history of all marbles games. It was during that game that the fabled Blue-Glow Fire Unbeatable Marble appeared when utter defeat loomed large.

In adulthood he saw his friends from childhood drifting away and out of his life. His infatuation with Charlotte eventually led to a wedding ceremony, however the enigmatic Peggy O’Nancyitch and another appearance of the mythical Marble saved the young man; this time from a fate of nagging and mundane boredom.