An Introduction to the Study of Speech By: Edward Sapir 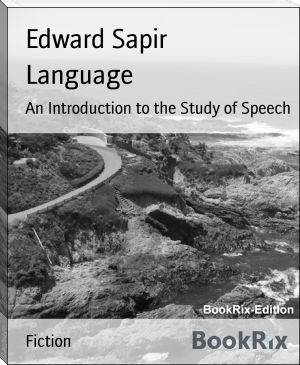 Edward Sapir (/səˈpɪər/; 1884–1939) was an American anthropologist-linguist, who is widely considered to be one of the most important figures in the early development of the discipline of linguistics.

Sapir was born in German Pomerania; his parents emigrated to America when he was a child. He studied Germanic linguistics atColumbia, where he came under the influence of Franz Boas who inspired him to work on Native American languages. While finishing his Ph.D. he went to California to work with Alfred Kroeber documenting the indigenous languages there. He was employed by the Geological Survey of Canada for fifteen years, where he came into his own as one of the most significant linguists in North America, the other being Leonard Bloomfield. He was offered a professorship at the University of Chicago, and stayed for several years continuing to work for the professionalization of the discipline of linguistics. By the end of his life he was professor of anthropology at Yale, where he never really fit in. Among his many students were the linguists Mary Haas and Morris Swadesh, and anthropologists such as Fred Eggan and Hortense Powdermaker.