The Reconstruction Of Georgia Studies In History, Economics And Public Law, Vol. 13, No. 3, 1901 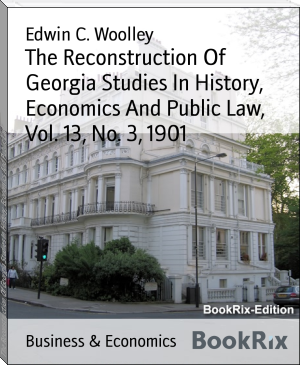 The question, what political disposition should be made of the Confederate States after the destruction of their military power, began to be prominent in public discussion in December, 1863. It was then that President Lincoln announced his policy upon the subject, which was to restore each state to its former position in the Union as soon as one-tenth of its population had taken the oath of allegiance prescribed in his amnesty proclamation and had organized a state government pledged to abolish slavery.