Kingdom of a thousand By: Eftos 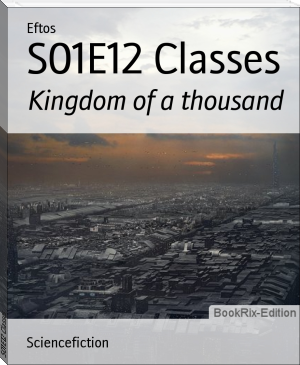 Due to bankruptcy of the genre Eftos started 2009 to write his own sci-fi saga.
Unlike the competition, Eftos intentionally uses no voodoo like time machines, beings of light or other rubbish.
These facts led to the original creation of the

This trilogy is a science-fiction saga consisting of the following original books:

(I) Kingdom of a thousand
(II) Halfworld
(III) The last crisis

It tells the adventures of three friends: Prince Henley to Westerburg, Patchara Petch-a-boon and Svinenysh Galactic.
The story takes place 213, 216 & 219 NET mediantime in the Kingdom of a thousand.
Each book consists of the adventures of the children, embedded in a futuristic sci-fi world of old.

That is the reason why each book comes as youth- and adultedition.
Certain sci-fi details are mentioned only in the books of man.