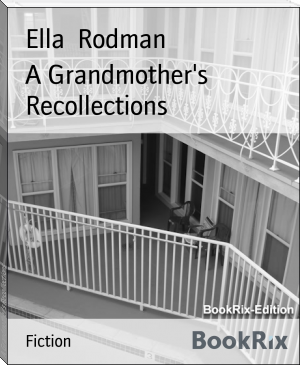 The best bed-chamber, with its hangings of crimson moreen, was opened

and aired--a performance which always caused my eight little brothers

and sisters to place themselves in convenient positions for being

stumbled over, to the great annoyance of industrious damsels, who, armed

with broom and duster, endeavored to render their reign as arbitrary as

it was short. For some time past, the nursery-maids had invariably

will make you behave yourself--_she_ won't allow such doings, I'll be

bound!" or "Aren't you ashamed of yourself, Master Clarence? What will

your grandmother say to that!" The nursery was in a state of uproar on

the day of my venerable relative's arrival; for the children almost

expected to see, in their grandmother, an ogress, both in features and