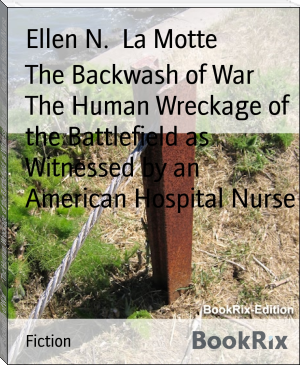 Ellen Newbold La Motte (1873–1961) was an American nurse, journalist and author. She began her nursing career as a tuberculosis nurse in Baltimore, Maryland, and in 1915 volunteered as one of the first American war nurses to go to Europe and treat soldiers in World War I.[1] In Belgium she served in a French field hospital, keeping a bitter diary detailing the horrors that she witnessed daily. Back in America, she turned her diary into a book, The Backwash of War (1916), containing fourteen vignettes of typical scenes. The truth she told was unpalatable; the book was suppressed and not republished until 1934.