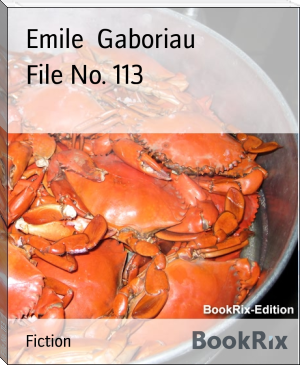 Gaboriau was born in the small town of Saujon, Charente-Maritime. He became a secretary to Paul Féval, and after publishing some novels and miscellaneous writings, found his real gift in L'Affaire Lerouge (1866).

The book, which was Gaboriau's first detective novel, introduced an amateur detective. It also introduced a young police officer named Monsieur Lecoq, who was the hero in three of Gaboriau's later detective novels. The character of Lecoq was based on a real-life thief turned police officer, Eugène François Vidocq (1775–1857), whose own memoirs, Les Vrais Mémoires de Vidocq, mixed fiction and fact. It may also have been influenced by the villainous Monsieur Lecoq, one of the main protagonists of Féval's Les Habits Noirs book series.

The book was published in "Le Siècle" and at once made his reputation. Gaboriau gained a huge following, but when Arthur Conan Doyle created Sherlock Holmes, Monsieur Lecoq's international fame declined. The story was produced on the stage in 1872. A long series of novels dealing with the annals of the police court followed, and proved very popular. Gaboriau died in Paris of pulmonary apoplexy.

Gaboriau's books were generally well received. About the Mystery of the Orcival, Harper's wrote in 1872 "Of its class of romance - French sensational - this is a remarkable and unique specimen".[1] A film version of Le Dossier n° 113 (File No. 113) was released in 1932.[2]