A Flight with the Swallows 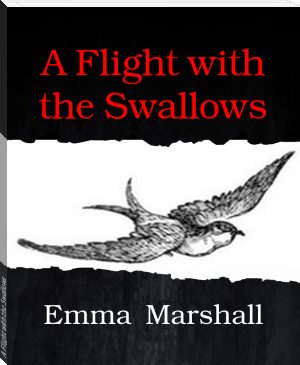 In a deep window seat, hidden by crimson curtains from the room beyond, a little girl was curled up, looking out upon a trim garden, where the first autumn leaves were falling one September afternoon. The view was bounded by a high wall, and above the wall, the east end of Coldchester Cathedral stood up a dark mass against the pale-blue sky. Every now and then a swallow darted past the window, with its forked tail and whitish breast; then there was a twittering and chirping in the nests above, as the swallows talked to each other of their coming flight. Little Dorothy was an only child; she had no brothers and sisters to play with; thus she made playmates of her two fluffy kittens, who were lying at her feet; and she made friends of the twittering swallows and the chattering jackdaws, as they flew in and out from the cathedral tower, and lived in a world of her own.

Reading Sample
$1.99
Keywords:
A Flight with the Swallows, Emma Marshall
Posts and Comments