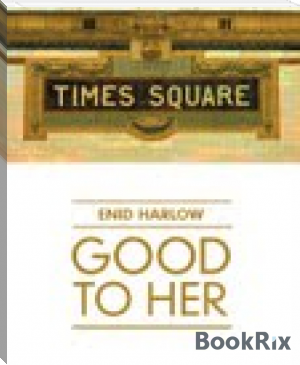 Good to Her is a historical literary novel set against the backdrop of the famous New York City restaurant, Dinty Moore’s, which stood at the corner of 46th Street just off Broadway for some 50 years.

Enlivened by the irascible character of the restaurant’s real-life proprietor, James “Dinty” Moore, the novel takes readers back to the days of Prohibition and the police raids foisted on Moore’s establishment, often resulting in his compulsory appearance in court.

The novel moves forward through 1964, exploring the changing political and social life of the times, and focusing on the marriage of Nate Neumann, a successful New York City businessman, and Sallie, his much younger wife.

Having fled the confines of small-town Indiana, Sallie comes to New York with dreams of becoming an actress. She meets Nate in Dinty Moore’s. Sallie is 20 and fresh off the farm. Nate is 46 and instantly smitten. The story is brightened by appearances or references to celebrities who frequent the place such as Walter Winchell, Lauren Bacall, and Humphrey Bogart.

Sallie is prone to telling Nate how Good to Her he is. Nate wonders, Is he really?