OFW: The Game Of Life 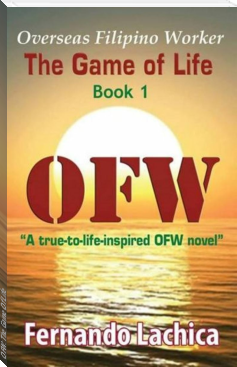 A weak young man...A first true love...A beautiful rich woman obsessed with love...A kind loving wife...A circle of friends...Chasing their dreams abroad as OFWs...All brought together with their destinies to love aflame with conflicts, lies, lusts, ambitions, hatred, revenge and the struggles for life in a faraway place.

Overseas Filipino Worker (OFW): The Game of Life is a story of young man from a small island of Negros Occidental, the Philippines, who explored his life in the city and found his true love. He never thought that life in Manila (The City of Hopes) is a rugged terrain of heartaches, lies, hatred, and revenge. He found his true self when destiny engulfed him working in a faraway place called Dubai (The City of Dreams) as an OFW.

Lied and played his game so well to reach his dreams; used his charms to build corporations and became a Billionaire!

This Book is Part of a Series "Overseas Filipino Worker - OFW"
All Books in this Series: