Little Saint Elizabeth And Other Stories 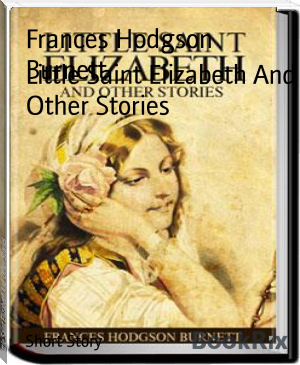 She Had Not Been Brought Up In America At All. She Had Been Born In France, In A Beautiful Château, And She Had Been Born Heiress To A Great Fortune, But, Nevertheless, Just Now She Felt As If She Was Very Poor, Indeed. And yet her home was in one of the most splendid houses in New York. She had a lovely suite of apartments of her own, though she was only eleven years old. She had had her own carriage and a saddle horse, a train of masters, and governesses, and servants, and was regarded by all the children of the neighborhood as a sort of grand and mysterious little princess, whose incomings and outgoings were to be watched with the greatest interest.
"There she is," they would cry, flying to their windows to look at her. "She is going out in her carriage." "She is dressed all in black velvet and splendid fur." "That is her own, own, carriage." "She has millions of money; and she can have anything she wants—Jane says so!" "She is very pretty, too; but she is so pale and has such big, sorrowful, black eyes.