THE BOY BROKER AMONG THE KINGS OF WALL STREET

By: FRANK A. MUNSEY 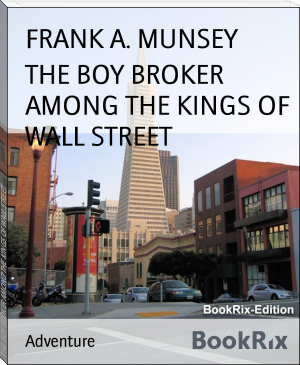 Frank Andrew Munsey (21 August 1854 – 22 December 1925) was an American newspaper and magazine publisher and author. He was born in Mercer, Maine, but spent most of his life in New York City. The village of Munsey Park, New York is named for him, along with the Munsey Building in downtown Baltimore.

Munsey is credited with the idea of using new high-speed printing presses to print on inexpensive, untrimmed, pulp paper in order to mass-produce affordable (typically ten-cent) magazines. Chiefly filled with various genres of action and adventure fiction, that were aimed at working-class readers who could not afford and were not interested in the content of the 25-cent "slick" magazines of the time. This innovation, known as pulp magazines, became an entire industry unto itself and made Munsey quite wealthy. He often shut down the printing process and changed the content of magazines when they became unprofitable, quickly starting new ones in their place.