The Common People of Ancient Rome

Studies of Roman Life and Literature By: Frank Frost Abbott 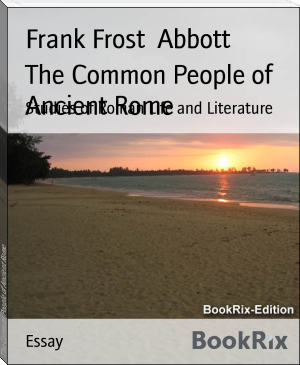 Frank Frost Abbott (March 27, 1860 – July 23, 1924) was an American classical scholar. Born in Redding, Connecticut, he taught at the University of Chicago,[1] then moved to Princeton University in 1907. He died in Montreux, Switzerland.In addition to various works on Roman history and government, several of which have been reprinted, he also translated Alberico Gentili's Hispanicae Advocationis Libri Dvo ("Two Books of Advocacy in the Service of Spain").