A DEAL IN WHEAT

And Other Stories Of The New And Old West By: FRANK NORRIS 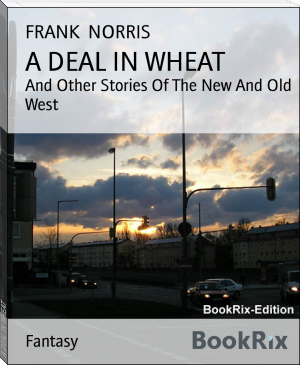 Benjamin Franklin Norris, Jr. (March 5, 1870 – October 25, 1902) was an American novelist during the Progressive Era, writing predominantly in the naturalist genre.[1][2][3][4][5] His notable works include McTeague (1899), The Octopus: A Story of California (1901), and The Pit (1903).
Frank Norris was born in Chicago, Illinois, in 1870.[6] His father, Benjamin, was a self-made Chicago businessman and his mother, Gertrude Glorvina Doggett, had a stage career. In 1884 the family moved to San Francisco where Benjamin went into real estate. In 1887, after the death of his brother and a brief stay in London, young Norris went to Académie Julian in Paris where he studied painting for two years and was exposed to the naturalist novels of Émile Zola.[7][8] Between 1890 and 1894 he attended the University of California, Berkeley, where he picked up the ideas of human evolution of Darwin and Spencer that are reflected in his later writings. His stories appeared in the undergraduate magazine at Berkeley and in the San Francisco Wave. After his parents' divorce he went east and spent a year in the English Department of Harvard University. There he came under the influence of Lewis E. Gates, who encouraged his writing. He worked as a news correspondent in South Africa (1895–96) for the San Francisco Chronicle, and then as editorial assistant on the San Francisco Wave (1896–97). He worked for McClure's Magazine as a war correspondent in Cuba during the Spanish–American War in 1898. He joined the New York City publishing firm of Doubleday & Page in 1899.

For such a great story, a lot of audience must read your book. You can publish your work on NovelStar Mobile App.