A Key to the Treasures of Literature By: Frank Parsons 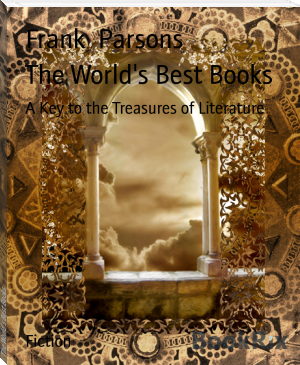 Frank Parsons (1854–1908) was an American professor, social reformer, and public intellectual. Although he was educated as an engineer at Cornell University, he passed theMassachusetts state bar examination and became a lawyer in 1881. Parsons was for more than a decade a lecturer at Boston University School of Law and taught at Kansas State Agricultural College from 1897 to 1899. As a leading social commentator of the Progressive Era, Parsons authored a dozen books and more than 125 magazine and journal articles on a wide range of reform topics, including CURRENCY reform, regulation of monopolies, municipal ownership, establishment of direct democracy, and other matters.