The Character and Influence of the Indian Trade in Wisconsin 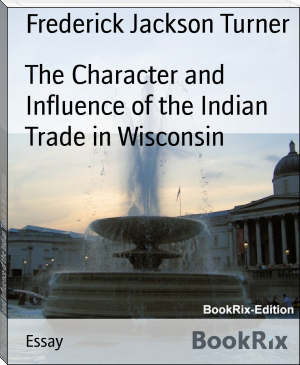 Frederick Jackson Turner (November 14, 1861 – March 14, 1932) was an American historian in the early 20th century, based at the University of Wisconsin until 1910, and then at Harvard. He trained many PhDs who came to occupy prominent places in the history profession. He promoted interdisciplinary and quantitative methods, often with a focus on the Midwest. He is best known for his essay "The Significance of the Frontier in American History",

I wear pyjamas on the outside 'cause pyjamas is how I feel on the inside.