In Search Of A Father 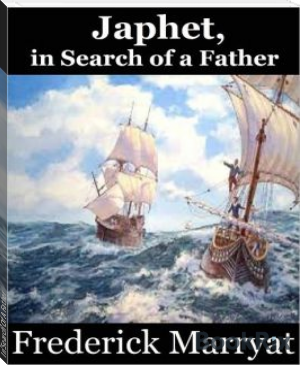 Captain Frederick Marryat (10 July 1792 – 9 August 1848) was a British Royal Navy officer, novelist, and a contemporary and acquaintance of Charles Dickens, noted today as an early pioneer of the sea story. He is now known particularly for the semi-autobiographical novel Mr Midshipman Easy and his children's novel The Children of the New Forest, and for a widely used system of maritime flag signalling, known as Marryat's Code.Marryat was born in London, the son of Joseph Marryat, a "merchant prince" and member of Parliament and his American wife Charlotte, née von Geyer.[1] After trying to run away to sea several times, he was permitted to enter the Royal Navy in 1806, as a midshipman on board HMS Imperieuse, a frigate commanded by Lord Cochrane (who would later serve as inspiration for both Marryat and other authors).

Marryat's time aboard the Imperieuse included action off the Gironde, the rescue of a fellow midshipman who had fallen overboard, captures of many ships off the Mediterranean coast of Spain, and the capture of the castle of Montgat. When the Imperieuse shifted to operations in the Scheldt, in 1809, Marryat contracted malaria, and returned to England on the 74-gun HMS Victorious.