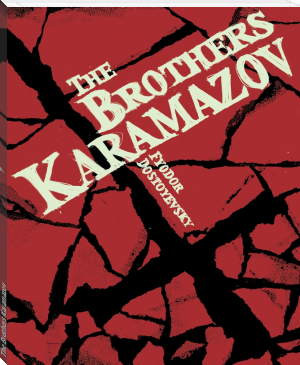 The Brothers Karamazov is the final novel by the Russian author Fyodor Dostoyevsky. The Brothers Karamazov is a passionate philosophical novel set in 19th century Russia, that enters deeply into the ethical debates of God, free will, and morality. It is a spiritual drama of moral struggles concerning faith, doubt, and reason, set against a modernizing Russia. Dostoyevsky composed much of the novel in Staraya Russa, which inspired the main setting. Since its publication, it has been acclaimed as one of the supreme achievements in literature.

The Brothers Karamazov displays a number of modern elements. Dostoyevsky composed the book with a variety of literary techniques. Though privy to many of the thoughts and feelings of the protagonists, the narrator is a self-proclaimed writer; he discusses his own mannerisms and personal perceptions so often in the novel that he becomes a character. Through his descriptions, the narrator's voice merges imperceptibly into the tone of the people he is describing, often extending into the characters' most personal thoughts. In addition to the principal narrator there are several sections narrated by other characters entirely, such as the story of the Grand Inquisitor and Zosima's confessions. This technique enhances the theme of truth, making many aspects of the tale completely subjective.