A Columbus of Space 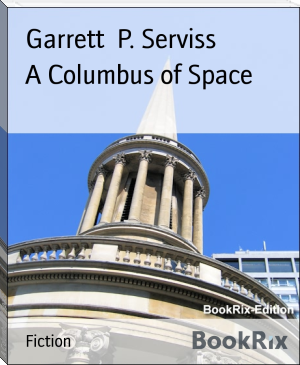 Garrett Putnam Serviss (March 24, 1851 – May 25, 1929) was an American astronomer, popularizer of astronomy, and early science fiction writer. Serviss was born in upstate New York and majored in science at Cornell University. He took a law degree at Columbia University but never worked as an attorney. Instead, in 1876 he joined the staff of the The New York Sun newspaper, working as a journalist until 1892 under editor Charles Dana. Serviss showed a talent for explaining scientific details in a way that made them clear to the ordinary reader, leading Andrew Carnegie to invite him to deliver The Urania Lectures in 1894 on astronomy, cosmology, geology, and related matters.