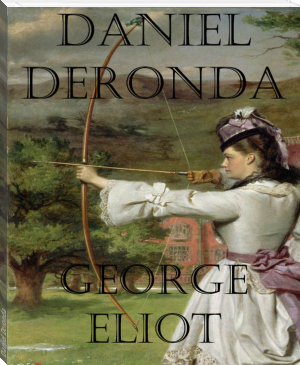 Daniel Deronda is a novel by George Eliot, first published in 1876. It was the last novel she completed and the only one set in the contemporary Victorian society of her day. Its mixture of social satire and moral searching, has made it a controversial final statement of one of the greatest of Victorian novelists. Mary Ann Evans (1819–1880, also "Mary Anne" or "Marian"), known by her pen name George Eliot, was an English novelist, journalist, translator and one of the leading writers of the Victorian era.

The novel has been adapted for film three times.

Daniel Deronda contains two main strains of plot, united by the title character. The novel begins in late August 1865 with the meeting of Daniel Deronda and Gwendolen Harleth in the fictional town of Leubronn, Germany. Daniel finds himself attracted to, but wary of, the beautiful, stubborn, and selfish Gwendolen, whom he sees losing all her winnings in a game of roulette. The next day, Gwendolen receives a letter from her mother telling her that the family is financially ruined and asking her to come home. In despair at losing all her money, Gwendolen pawns a necklace and debates gambling again to make her fortune.