The Literature Of The Old Testament 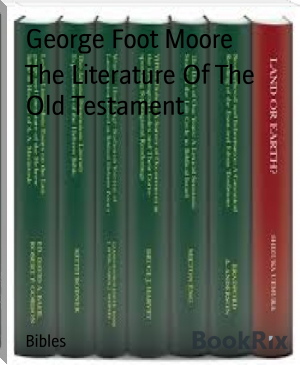 The early Christians received the Sacred Books of the Jews as inspired Scripture containing a divine revelation and clothed with divine authority, and till well on in the first century of the Christian era the name Scriptures was applied exclusively to these books. In time, as they came to attach the same authority to the Epistles and Gospels, and to call them, too, Scriptures (2 Pet. iii. 16), they distinguished the Christian writings as the Scriptures of the new dispensation, or, as they called it, the "new covenant," from the Scriptures of the "old covenant" (2 Cor. iii. 6, 14), the Bible of the Jews. The Greek word for covenant (diathéké) was rendered in the early Latin translation by testamentum, and the two bodies of Scripture themselves were called the Old Testament and the New Testament respectively.