Considered in some of its Relations to Ethics and Political Economy By: George Haven Putnam 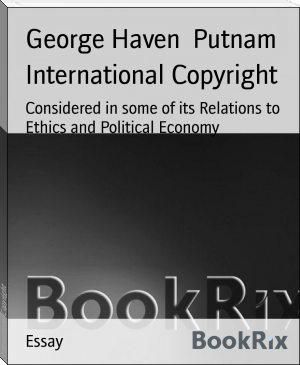 George Haven Putnam A.M., Litt.D. (April 2, 1844 – February 27, 1930) was an American soldier, publisher, and author. He married classical scholar Emily James Smith Putnam. He was the father of medieval historian Bertha Haven Putnam, and wind power pioneer Palmer Cosslett Putnam.
Like his father, George H. Putnam was active in numerous civic, social, and business causes. He served on the executive committees of the Civil-service reform association, the Free-trade league and the Reform club. He also aggressively continued with his father's work on copyright protection for authors. In 1887, he helped organize the American Publishers' Copyright League that led a successful campaign resulting in the 1891 passage of an international copyright protection law.