The Conquest of New France A Chronicle of the Colonial Wars, Volume 10 In The Chronicles Of America Series 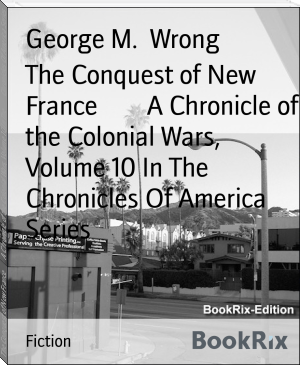 Born at Grovesend in Elgin County, Canada West (now Ontario), he was ordained in the Anglican priesthood in 1883 after attending Wycliffe College. In 1894, as successor to Sir Daniel Wilson,[1] he was appointed professor and head of the Department of History at the University of Toronto from which he retired in 1927. He was elected a fellow of the Royal Society of Canada in 1908 and received an honorary LLD from McGill University in 1919 and University of Toronto in 1941. Wrong died in Toronto, Ontario on June 29, 1948.