Old Mole Being the Surprising Adventures in England of Herbert 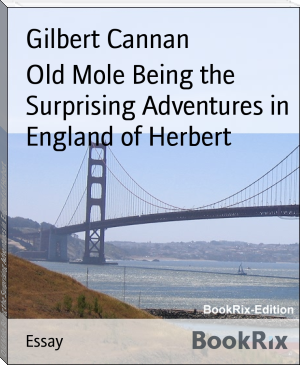 Gilbert Cannan (25 June 1884 – 30 June 1955) was a British novelist and dramatist.Born in Manchester of Scottish descent, he got on badly with his family, and in 1897 he was sent to live in Oxford with the economist Edwin Cannan. He was educated at Manchester Grammar School and King's College, Cambridge; he started on a legal career, but turned to writing in 1908, after a short spell as an actor.