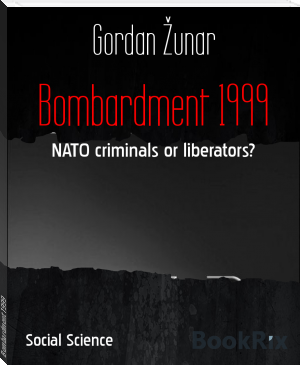 The main objective of this book is to see what actually led to NATO's bombing of Milosevic's Serbia and to see whether the attacks were a crime or not. The story is seen through the eyes of a young Serb who was only nine years old when the bombing happened. For many Serbs it was considered an aggression against their country and nation by Western forces. For the other part of Serbia's people, smaller part, it was a consequence of Milosevic's destructive politics that caused four wars on the Balkans in the nineties. The bombing to them was just a logical way of stopping this tyrant of destroying lives of Serbs as well as non-Serbs on the territory of former Yugoslavia.