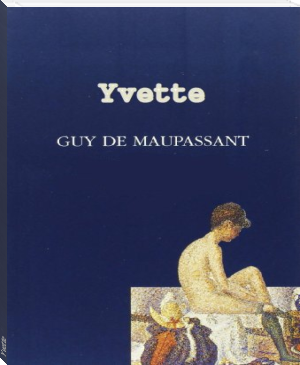 Yvette is the daughter of a courtesan who serves men of wealth and status. She seems to be oblivious of how her mother makes money and why they are always in the presence of princes, dukes and barons. Only when she goes away to a holiday at the river, she realizes that the Baron Saval is engaging her mother in such activities and she suddenly feels dirty. She wants to get away from her fate and so tries to inveigle her mother into the idea of living as honest women. However, the Marquise refuses, and explains that they would never be able to survive as working women. That their life of luxury would be so horrifically reduced. Yvette seems to suddenly have no choice. She must kill herself. Through chloroform. So, she goes from pharmacist to pharmacist and collects small vials of it and eventually has a sufficient amount. Before she commits the act, she runs around the town with her mother's guests, making them silly things such as pretending to go to war, riding children's horses, making army noises. Instead of killing herself through chloroform, she accidentally induces a psychedelic trip, and she decides not to kill herself, but keeps on inducing trips instead. It was greatly described, the way she was so resolute on dying, and how quickly she changed her mind to just get high.