Myths of Greece and Rome 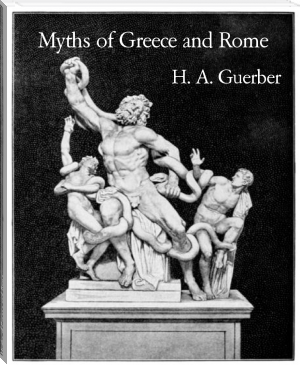 A classic of mythology, long prized for its accurate retelling of the principal myths of Greece and Rome, and for its commentary on their origins and significance. The collection begins with myths involving the gods — Jupiter, Apollo, Venus, Mars, others — and ends with the adventures of Ulysses and Aeneas.

The aim of this book is to present a complete and entertaining account of Grecian and Roman mythology in such a manner that the student will appreciate its great influence upon literature and art.
These myths, an inexhaustible fund of inspiration for the poets and artists of the past, have also inspired many noted modern works. To impress this fact forcibly upon the student, appropriate quotations from the poetical writings of all ages, from Hesiod's "Works and Days," to Tennyson's "Oenone," have been inserted in the text.
The myths are told as graphically and accurately as possible, great care being taken, however, to avoid the more repulsive features of heathen mythology; and when two or more versions of the same myth occur, the preference has invariably been given to the most popular, that is to say, to the one which has inspired the greatest works.