Part I By: H Clay Trumbull 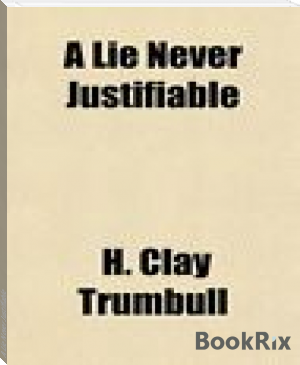 Henry Clay Trumbull (June 8, 1830 – December 8, 1903) was an American clergyman and author, born on June 8, 1830, at Stonington, Connecticut, and educated at Williston Northampton School.[1] He became a world famous editor, author, and pioneer of the Sunday School Movement. Poor health kept him from formal education past the age of fourteen. He earned three honorary degrees from Yale, Lafayette and the University of New York. He was ordained a Congregational minister, served as chaplain of the Tenth Connecticut Regiment in 1862-65, and was in several Confederate prisons. In 1875 he became editor of the Sunday School Times.

Trumbull was married to Alice Gallaudet (1833-1891), daughter of Thomas Hopkins Gallaudet. One of his brothers was James Hammond Trumbull, and one of his sisters was Annie Trumbull Slosson.