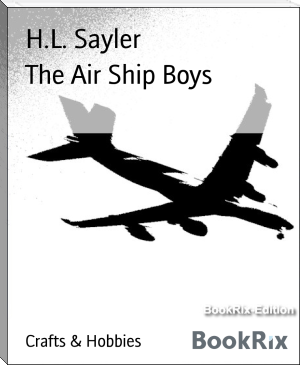 Harry Lincoln Sayler (1863–1913) was a newspaperman and novelist, under his own name and pseudonyms, including as a ghost writer for a popular youth fiction series.

Sayler graduated from DePauw University. He married June Elliott of Shelbyville, Indiana in 1889. They had two children. By occupation Sayler was a newsman, starting in 1886 in Indianapolis. By 1889 he was working in Chicago, eventually becoming general manager of the Chicago City News Bureau. Sayler was interested in history and became a member of the Illinois State Historical Society, the Chicago Historical Association, and the Louisiana Historical Association. He developed an expertise on the subject of pirates.[1]

Sayler wrote three series of juvenile fiction relating to the then-novel technology of airplanes and flight. He wrote the Boy Scouts of the Air series under the pen name Gordon Stuart, the Aeroplane Boys series as Ashton Lamar, and the Airship Boys series under his own name.[2][3]