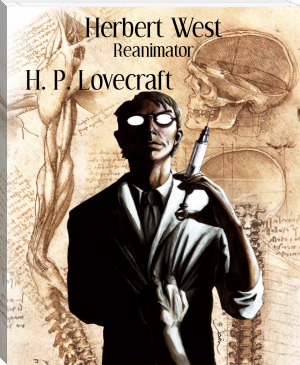 "Herbert West—Reanimator" is a story by American horror fiction writer H. P. Lovecraft. The story is the first to mention Lovecraft's fictional Miskatonic University. It is also notable as one of the first depictions of zombies as scientifically reanimated corpses, with animalistic and uncontrollable temperament.

The narrator is a doctor who went to medical school with the titular character. Informing the reader that Herbert West has recently disappeared. The narrator goes on to explain how he met West when they were both young men in medical school, and the narrator became fascinated by West's theories, which postulated that the human body is simply a complex, organic machine, which could be "restarted." West initially tries to prove this hypothesis, but is unsuccessful. West realizes he must experiment on human subjects. The two men spirit away numerous supplies from the medical school and set up shop in an abandoned farmhouse. At first, they pay a group of men to rob graves for them, but none of the experiments are successful. West and the narrator go into grave robbing for themselves. One night, West and the narrator steal a corpse of a construction worker who died just that morning in an accident. They take it back to the farmhouse and inject it with West's solution, but nothing happens. Later an inhuman scream is heard from within the room containing the corpse which forces the two students to instinctively flee into the night. West accidentally tips over a lantern and the farmhouse catches fire. West and the narrator escape. The next day, however, the newspaper reads that a grave in potter's field had been molested violently the night before, as with the claws of a beast.