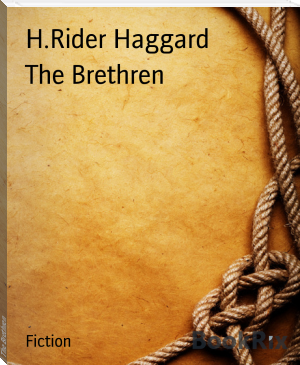 The Brethren is a legal thriller novel by American author John Grisham, published in 2000.
Three former judges (known as "The Brethren") incarcerated at Trumble, a fictional, federal minimum security prison located in northern Florida, develop a scam to blackmail wealthy closeted gay men. With the help of their lawyer, Trevor Carson, they transfer their ill-gotten money to a secret Bahamian bank account.
Meanwhile, Teddy Maynard, the ruthless and soon-to-retire director of the CIA, is orchestrating a scheme to control the United States presidential election. Aaron Lake, a strongly pro-defense expenditure candidate has been identified and Maynard is determined to control him - and then get him elected.

Unknowingly, the Brethren hook Teddy's candidate for President. The CIA scrambles to stop them from finding out what they've done. But, a leak has sprung. It takes all of Teddy's experience with illegal maneuvering to save his candidate from being exposed.

The Brethren lose their trust in Trevor and fire him; he is later killed by CIA agents in the Caribbean. The CIA plant a man inside Trumble, who tells the judges that he knows they have been involved in the scam. A deal is worked out, money changes hands and the judges are pardoned by the out-going President at Maynard's insistence. The judges leave the country and travel in Europe. Later, they restart the scam.