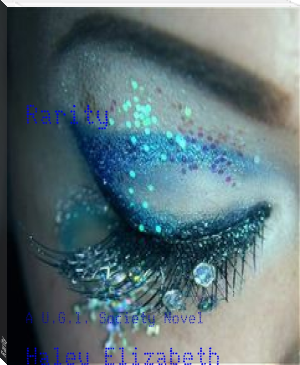 Vannah considers herself an average teenage girl she's boy crazy and loves a good pool party except when the party involves her being exposed as a mermaid on her 18th birthday which is something she didn't expect or the deceit that follows Vannah is thrown into the world of U.G.I's Unique gened induvisual's A group of teens who go up against The Mess M.E.S.S. Mutant Establishment for scientific study with them she finds comfort as well as adventure meanwhile dealing with her new found power's and trying to figure out her past she break's one heart and sings her way into another

Thank you amaris for the heart and I'll be fixing the errors no matter how many times I edit I miss a few of them : )

Alot of my book has changed just so you guy's know

For those of you who have given my book a heart I was hoping for your vote as well for FREAKED my entry in the Newbie contest PLEASE VOTE FOR ME IF YOU THINK I DESERVE IT thankyou : ) FINGERS CROSSED

I Up date everyday and edit as I go so excuse any small changes you happen to see I've changed the story line slightly since I started and want to make sure everything adds up just right. : enjoy and thanks for the heart.

lol I have to admit I am enjoying creating Starla's evil side.

HAHAHA! I'm on the evil side. Jk. So far, I've really enjoyed your book and am going to finish... like right... now