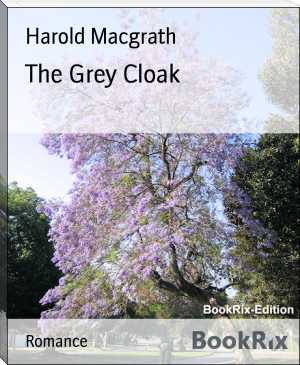 1903. MacGrath, a prolific writer, wrote for newspapers until 1890 when he published his first novel Arms and the Woman. The Grey Cloak begins: A man enveloped in a handsome grey cloak groped through a dark alley which led into the fashionable district of the Rue de Bethisy. From time to time he paused, with a hand to his ear, as if listening. Satisfied that the alley was deserted save for his own presence, he would proceed, hugging the walls. The cobbles were ice, and scarce a moment passed in which he did not have to struggle to maintain his balance. The door of a low tavern opened suddenly, sending a golden shaft of light across the glistening pavement and casting a brilliant patch on the opposite wall. With the light came sounds of laughter and quarreling and ringing glasses. See other titles by this author available from Kessinger Publishing.(less)