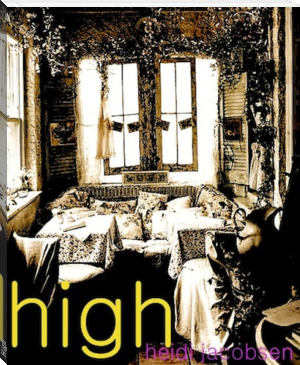 Three young women have one thing in common: Music. They have their own issues such as suicide, alcoholism, weight gain and depression to deal with, besides their husbands rather fragile egos. These young women are going places, on their own terms and must overcome lifes’ obstacles. Do you think suicide, weight gain and fear will hold these woman down? No way. Beth must deal with her own inner demons and overprotective mother. She is in love with Jon, her guitar playing boyfriend. She is his muse, his inspiration for his music. He loves her except when she screws up. Stephanie has to learn to let go and shake off her abusive past, destructive parents and be free to love Ian, her bass playing husband. Heather is stuck in a humdrum relationship with Phil the pessimistic drummer and learns that breaking away sometimes is the payoff to success in the world. Catch up on all the hilarius girl talk in High.