The Story Of Mankind 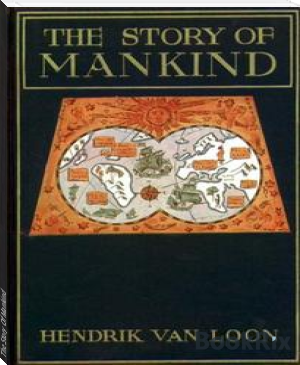 He was born in Rotterdam, Netherlands, the son of Hendrik Willem van Loon[1] and Elisabeth Johanna Hanken.[2] He went to the United States in 1902 to study at Cornell University, receiving his degree in 1905. In 1906 he married Eliza Ingersoll Bowditch, daughter of a Harvard professor, by whom he had two sons, Henry Bowditch and Gerard Willem. The newlyweds moved to Germany, where van Loon received his Ph.D. from the University of Munich in 1911 with a dissertation that became his first book, The Fall of the Dutch Republic (1913). He was a correspondent for the Associated Press during the Russian Revolution of 1905 and again in Belgium in 1914 at the start of World War I. He lectured at Cornell University from 1915 to 1917; in 1919 he became an American citizen.