General Laws and Interpretation -Sultanate of Oman -Part I 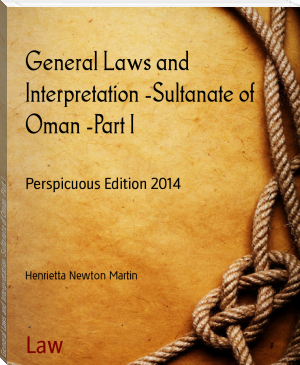 Over the years,the Sultanate of Oman has witnessed radical changes in its legal system through varied laws and the interpretation of the laws.

With special emphasis on the Oman labor law, this book delves into certain radical amendments in brief from 2011 to 2013 in the form of ministerial decisions, through which , the law makers in the jurisdiction,strived to strengthen the socio-economic structure of Oman as a productive economy on one hand, and also reflects on how the implementation of such ministerial decisions received a blow at the inception and took time to settle down in the minds of the governed.The book in its last chapter suggestively deals in brief with general legal principles in the Sultanate of Oman and certain concepts that it advisedly ought to integrate in its legal system as an emerging constitution.

This Book is Part of a Series "Part 1 of 5"
All Books in this Series: