A History Of English Romanticism In the Eighteenth Century 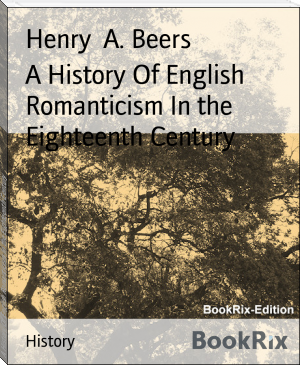