A HISTORY OF ENGLISH ROMANTICISM IN THE NINETEENTH CENTURY

By: HENRY A. BEERS 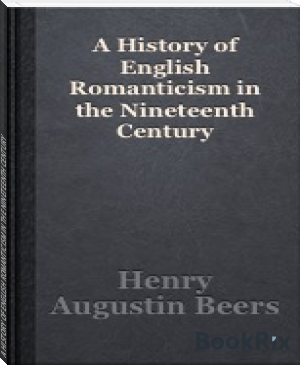