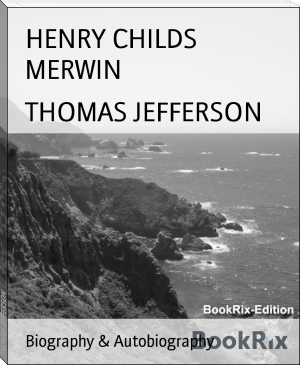 Thomas Jefferson was born upon a frontier estate in Albemarle County, Virginia, April 13, 1743. His father, Peter Jefferson, was of Welsh descent, not of aristocratic birth, but of that yeoman class which constitutes the backbone of all societies. The elder Jefferson had uncommon powers both of mind and body. His strength was such that he could simultaneously "head up"--that is, raise from their sides to an upright position--two hogsheads of tobacco, weighing nearly one thousand pounds apiece. Like Washington, he was a surveyor; and there is a tradition that once, while running his lines through a vast wilderness, his assistants gave out from famine and fatigue, and Peter Jefferson pushed on alone, sleeping at night in hollow trees, amidst howling beasts of prey, and subsisting on the flesh of a pack mule which he had been obliged to kill.