English Literature, Considered As An Interpreter Of English History

Designed As A Manual Of Instruction By: Henry Coppée 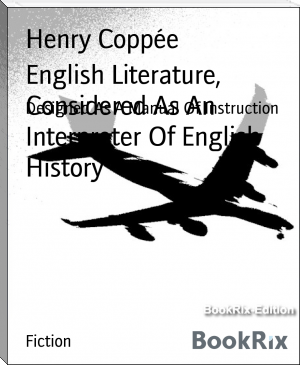 Henry Coppée (13 October 1821 – 22 March 1895) was an American educationalist and author.Henry Coppée was born in Savannah, Georgia, to a family of French extraction that had formerly settled in Haiti. He studied at Yale University for two years, worked as a civil engineer, graduated at West Point in 1845, served in the Mexican–American War as a lieutenant and was breveted captain for gallantry at the battles of Contreras and Churubusco during the Mexican–American War.